TRABBIC is an easy and effective, elegant and motivating way toward better health. Get on board!

The TRABBIC training series includes three different balance boards. “Work and Surf” is designed for use by a height-adjustable work desk. “Multi-training” is designed for more active exercise and/or rehabilitation training. “Elegance” is the board for people who want something extra. TRABBIC ELEGANCE works extremely well in its cradle: however, using the board’s keel alone will give you the ultimate balance workout.

An active contribution to a sitting workplace.

Around 1,2 million workers in Norway, today, have work tasks that require them to sit still throughout their day. It is not uncommon for people to spend up to 15 hours a day, seated. This making inactivity one of today’s biggest contributors to health problems. This inactive lifestyle is adopted by increasingly younger ages.

Daily use of TRABBIC Work & Surf:

All boards come with elastic exercise bands and an overview of exercises that can be done at your workstation.

Work & Surf your way to better health at work! 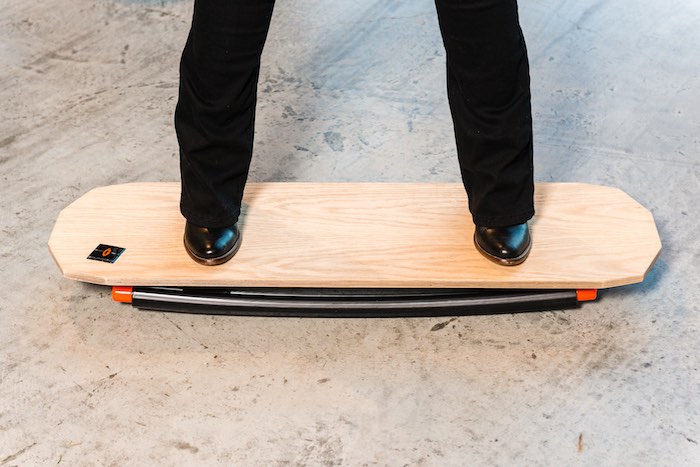 TRABBIC with Oiled oak board and black anodized aluminum underbody 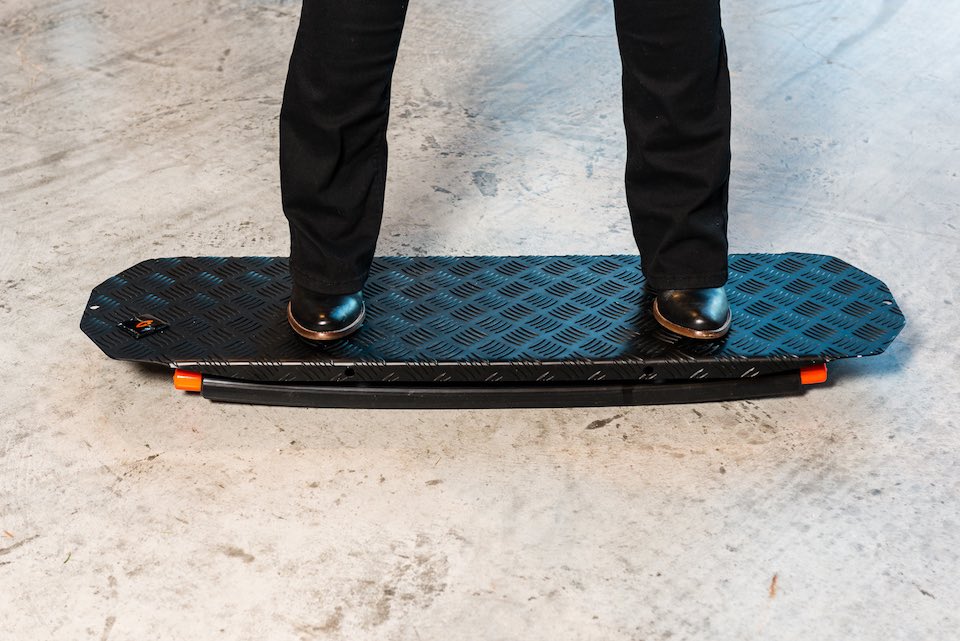 TRABBIC in all black anodized aluminum

TRABBIC Multitraining puts great emphasis on inspiring and motivating people to be active. Comprehensibility and accessibility are keys in most forms of physical activity. This applies to sports, medical rehabilitation and preventative physical activity, at work and in life, in general.

These qualities are essential to us in our inactive and physically monotonous daily lives.

The boards come with elastic exercise bands and descriptions of suggested exercises.

Mutitraining inspires and motivates us to be active!

Working out becomes easy – and fun! 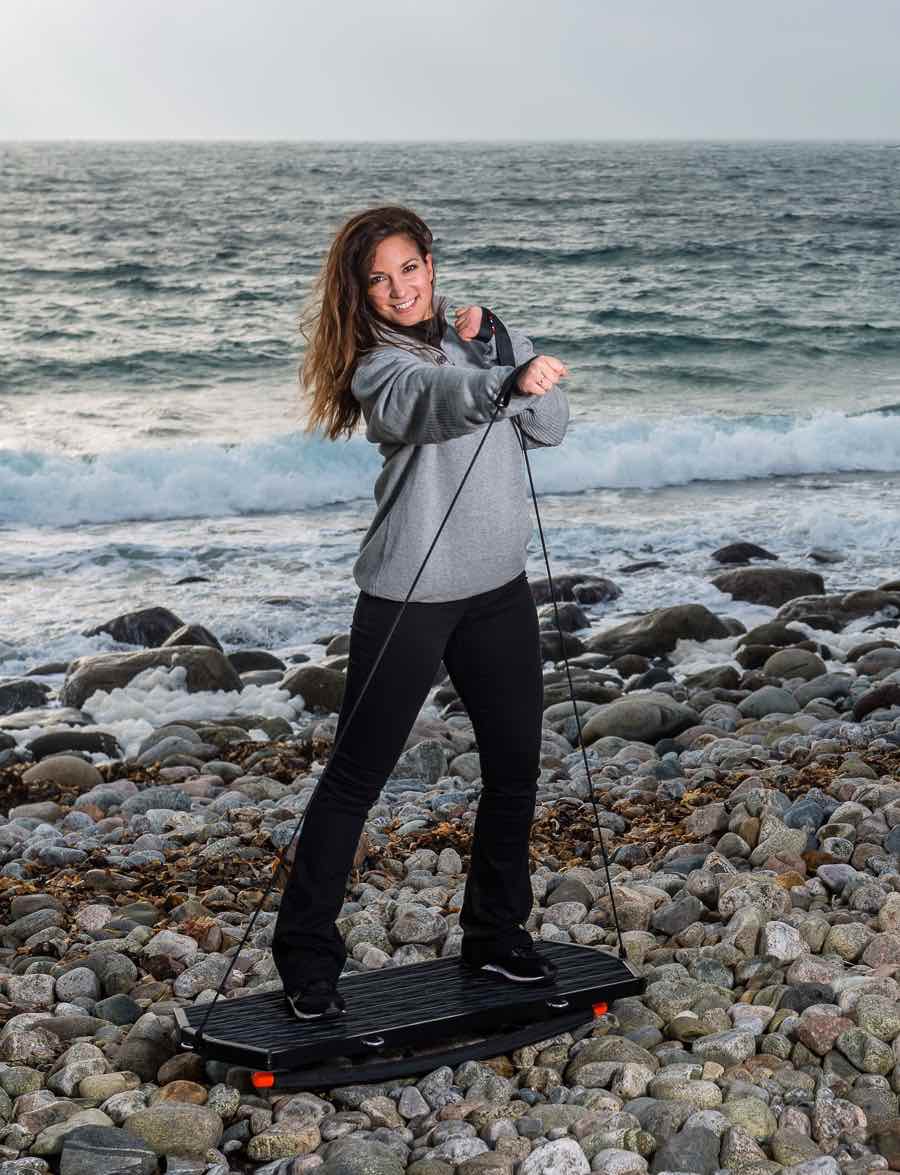 A Multitraining board in Norwegian oak for pros and enthusiasts!

This board was the first of the TRABBIC boards. Entrepreneur and Physical Therapist, Ole Petter Ramfjord, got the idea for Elegance from an American longboard. This “longboard” was then combined with different underbodies with varying levels of difficulty and with other exercise equipment, such as slings, elastic bands, club-bells, ropes and weights.

The underbody of the board was developed in several stages and was adjusted according to needs for different difficulty levels based on user feedback.

“Olympiatoppen”, an elite group of the Norwegian Olympic Committee, tested Elegance over time with favorable results. The board comes with elastic bands, an exercise pole and descriptions of suggested exercises.

The boards come with elastic exercise bands and descriptions of suggested exercises.

The underbody of the board was developed in several stages and was adjusted according to needs for different difficulty levels based on user feedback.

In 2007 American, Norwegian and Swedish research showed that implementation of daily physical activity and energy measures at inactive workplaces can reduce sick leave by up to 30%, as well as increase employee wellbeing by the same amount. 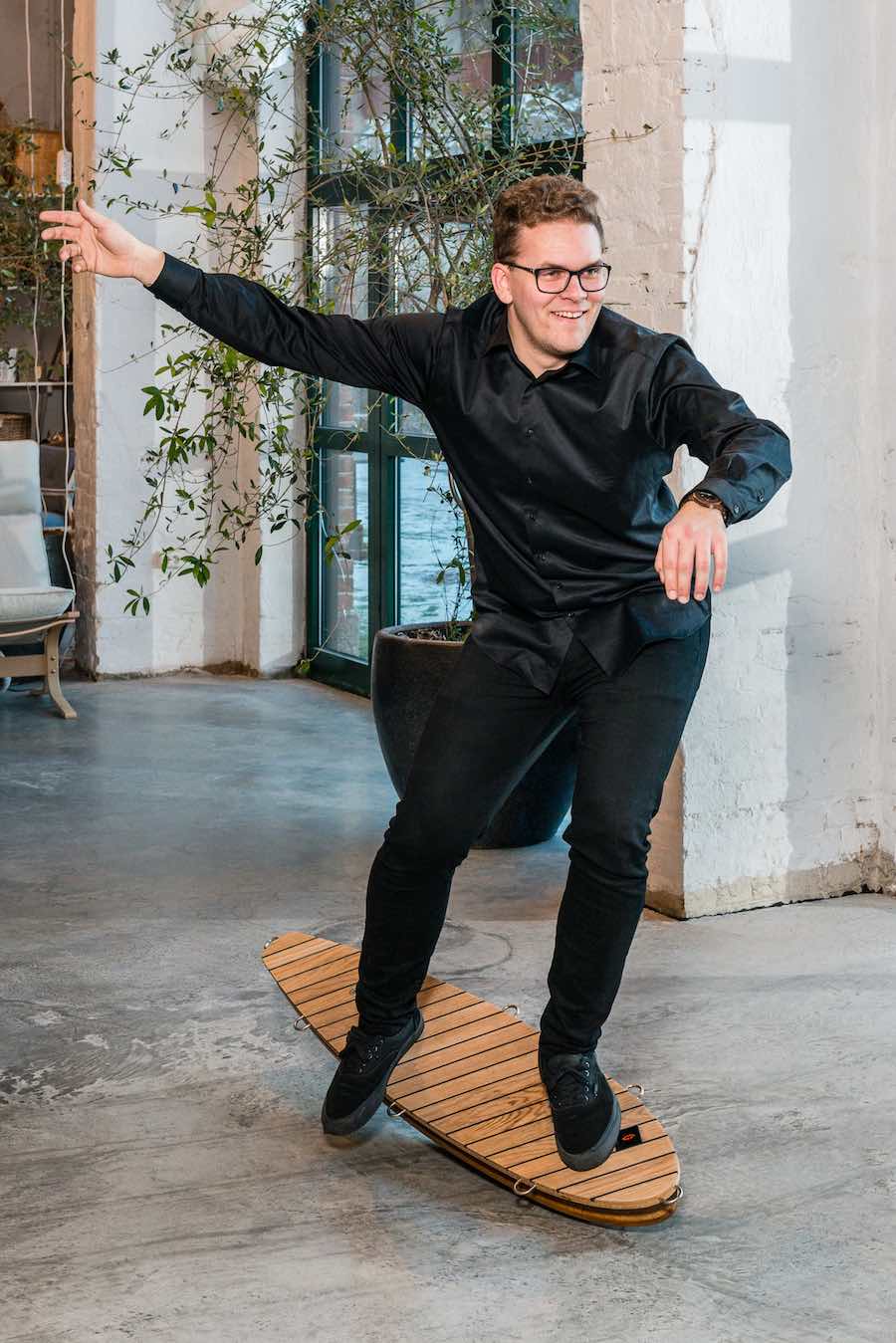 TRABBIC Elegance “on the keel”, when you are ready for a more challenging experience. 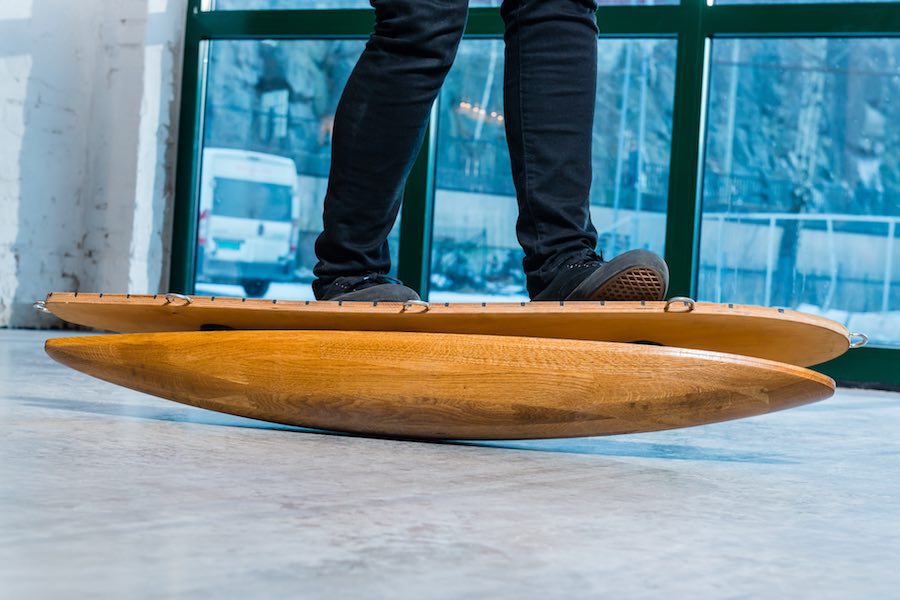